Home > News > Primate’s statement: A call to action for the love of creation

This is the second and final week of the 17th session of the Conference of the Parties (COP-17) to the United Nations Framework Convention on Climate Change in Durban, South Africa. 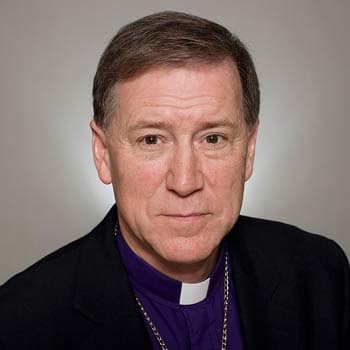 Those of us watching from afar echo the voices of delegates who are expressing concern that not enough action is being taken by developed countries.  We believe we show our respect for God’s creation by working for a climate treaty that is morally and legally binding.  Such a treaty would take us some distance toward realizing the Millennium Development Goal (#7) of “ensuring environmental sustainability.”

If average global temperatures are allowed to rise by 2 degrees Celsius, temperatures in Africa are expected to rise by one and a half times as much. In the words of South African Archbishop emeritus Desmond Tutu, “A global goal of about 2 degrees C is to condemn Africa to incineration.” We recoil at the thought that our lack of will and inaction would result in such suffering for people and for the earth.

Yet, Canada is one of the world’s largest per capita greenhouse gas emitters.  As such, we all need to shoulder our share of responsibility for climate change mitigation and adaptation.  And, we cannot hold poor countries hostage by withholding aid if they fail to meet our conditions.

As people “striving to safeguard the integrity of creation and sustain and renew the life of the earth” (www.anglican.ca/marks), we are challenged by the Archbishop of Canterbury’s question, “How do we show that we love God’s creation?”

I invite you to join me in prayer for the outcomes of the conference—that they represent real commitment on the part of developed countries and real hope for those most adversely affected by the impacts of climate change.

The Most Rev. Fred Hiltz
Archbishop and Primate