Monica Patten, chair of the Resources for Mission Committee of General Synod during the past triennium, was named a member of the Order of Canada in the Governor General’s Canada Day list this week. 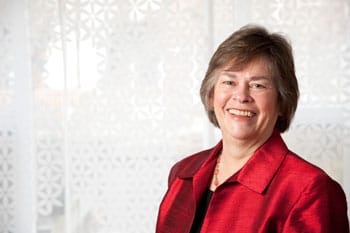 Ms. Patten, also a former chair of the Anglican Church of Canada’s Financial Management Committee, was honored “for her leadership in the voluntary sector and for her stewardship of charitable giving, notably as head of Community Foundations of Canada.”

Ms. Patten assumed leadership of Community Foundations of Canada in 1993 and in the almost 20 years during which she was at the helm, the organization grew from a membership of 28 with assets of $500-million to one comprising 170 foundations with assets of $3-billion.

Shortly after her retirement, Ms. Patten assumed leadership as campaign co-chair of the Anglican Diocese of Ottawa’s “Growing in Faith Together” campaign, which raised about $12-million.

The Order of Canada, one of Canada’s highest civilian honors, was established in 1967 “to recognize a lifetime of outstanding achievement to the community and service to the nation.”