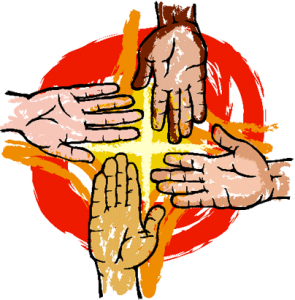 Churches in Peace River, Alta., are using the power of music to draw believers together as part of the Week of Prayer for Christian Unity (WPCU).

Running from Jan. 18 to 25, the WPCU serves as an occasion for Christians of all denominations to offer prayers for the healing of divisions within the church and realization of the unity to which Christ called his followers.

For the 2015 Week of Prayer, St. James’ Cathedral will host the third annual ecumenical hymn singing in Peace River, where participating churches are invited to have their musicians perform and lead the congregation in spiritual songs. Local United and Catholic churches previously hosted the event.

Iain Luke, dean of the Diocese of Athabasca and rector of St. James’ Cathedral, noted the electrifying effect that the ecumenical hymn singing had on the congregation.

“For one thing, it…boosted attendance,” he said with a chuckle. “But also everybody could relate, although all the styles were quite different. It was all music, and everyone could get something out of that.

Performers over the years have reflected the diversity of the participating churches, from a Filipina Catholic choir to the folk stylings of the United Church. Meanwhile, St. James’ has provided both a traditional choir and a contemporary band.

Many of the performers learn new material for the ecumenical hymn singing, which Luke said further enriches the message of the WPCU.

“It’s certainly something I would recommend to people…. To have a band from another church and different instruments and different voices and different styles of music and to realize that you’re all doing that for one purpose, which is to worship God, and to have the chance to do that together—that’s powerful.”

Bruce Myers, co-ordinator of ecumenical and interfaith relations for the Anglican Church of Canada, noted the longstanding importance of music to the ecumenical movement.

“So much of our ecumenism is expressed musically, whether or not we’re conscious of it,” said Myers, who pointed to overlapping selections in the Anglican, Catholic, Presbyterian, and United Church hymnals.

Canadian Centre for Ecumenism associate director Norman Lévesque described the exchange of hymns as an example of the progress that has been made toward greater Christian unity over the last 50 years.

“Today you can’t even say that this hymn is solely for this denomination…. The hymns are just swapping from one denomination to the other,” Lévesque said. “So there are more and more gifts that are [being] exchanged between denominations.”

Ecumenical hymn singing caps the Week of Prayer for St. James’ Cathedral, which has services planned throughout the week that are based on material from the 2015 WPCU resource kit, provided by the Canadian Council of Churches.

Available free online, the resource kit includes Bible readings, posters, and other items to mark the 2015 WPCU. The theme of this year’s Week of Prayer is “Give me a drink,” based on biblical images of water, hospitality, and reaching out to strangers.