Anglicans will attend and support the third national event of the Truth and Reconciliation Commission (TRC) on Indian residential schools in Halifax, N.S., Oct. 26 to 29. 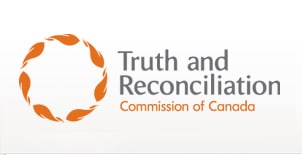 As with the first two national TRC events in Winnipeg (June 2010) and Inuvik (June 2011), national Anglican staff-including the Primate, Archbishop Fred Hiltz-will join in the proceedings, which include traditional ceremonies, public education, and regional hearings where former students can share their experiences.

In Halifax, local Anglicans are also involved with planning specific programs, including a “lunch and learn” TRC introduction hosted by Archbishop Hiltz, and a birthday celebration, where former residential school students will be given a party to commemorate birthdays they may have missed while at schools.

Future national TRC events will be held in British Columbia, Quebec, Alberta, and Saskatchewan. There will be a closing ceremony in Ottawa sometime in 2013.

Sue Moxley, bishop of Nova Scotia and Prince Edward Island, has helped oversee the Halifax work and is one of several Atlantic bishops who will attend.

“I think it’s important for people to acknowledge that this is a piece of our history,” she said. “Healing needs to happen, otherwise we can’t move into the future except as a sick church, except as a sick country.”

The TRC aims to educate all Canadians about the history of residential schools, attended by more than 150,000 First Nations, Métis and Inuit children between the 1870s and 1996. The government funded more than 130 schools, which were administered by Anglican, Presbyterian, Roman Catholic, and United churches.

Many students were forcibly removed from their families to attend the schools. Many also suffered physical, emotional, and sexual abuse.

At various times between 1820 and 1969, the Anglican Church of Canada administered about three dozen residential schools. In the 1990s, many former students sued the government which in turn third-partied the churches. In 2006, the church signed the Indian Residential Schools Settlement Agreement, which included terms for the TRC.

The Atlantic region was home to only one residential school, Shubenacadie, run by Roman Catholic entities.

Ms. Hurn will bring a presentation of archival material to the Halifax TRC event, including information and photos from other residential schools.

The Anglican Church of Canada’s support for the TRC is just one of many initiatives to establish right relations between Indigenous and non-Indigenous Peoples.