The origins of what became known as the Anglican Indigenous Sacred Circle go back to 1988, when Indigenous Anglicans from across Canada came together for the first time in what was then called Native Convocation.

At that time, former Indigenous Ministries Coordinator Donna Bomberry—who continues to serve today as a member of the Sacred Circle planning team—was new to national ministry. She recalled the possibilities provided for Indigenous people within the church by that first gathering.

“We found it as an opportunity to come together, tell our stories, and found that we were all telling a common story, about our experience of being church and the struggles and the joys coming from our respective communities,” Bomberry remembered. “We began to learn … together what it meant to be church, to be Anglicans, and to come from our respective places and learn about each other and grow in the Spirit.”

Since then, the Sacred Circle has only continued to grow in size and significance. Support for the Sacred Circle is one of the featured items in the 2015 Gifts for Mission gift guide. By making a gift of $50, you can help bring participants together for the next Sacred Circle and provide seed funding for a Sacred Circle gathering of young people.

Gifts go a long way, as the growth of Sacred Circle over the years along with inflation has meant a commensurate rise in costs for air travel, accommodation, food and meeting spaces. Where the earliest national gatherings cost approximately $250,000, the budget for more recent Sacred Circles now exceeds the $400,000 range.

The benefits of Sacred Circle to Indigenous Anglicans are many, as the national gathering has provided a consistent forum to advance the cause of justice and self-determination for Indigenous people. 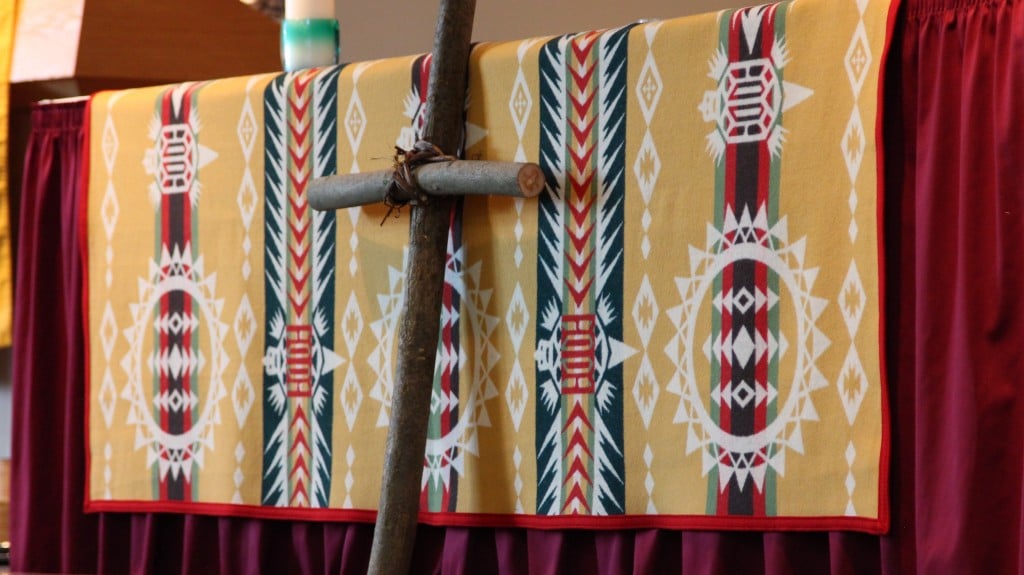 Sacred Circle was the site of the 1993 apology by Archbishop Michael Peers, then Primate of the Anglican Church of Canada, for the church’s role in the Indian residential school system. It also saw the creation of the 1994 Covenant calling for a new relationship with the church based on Indigenous self-determination. More recently, the 2015 Sacred Circle resulted in a call for the establishment of a fifth ecclesiastical province.

Reflecting the growth of the gathering beyond ordained men and women, the latest Sacred Circle also included a presentation by Indigenous Anglican youth addressing issues of concern for them.

The statements and participation of the youth left a major impact on Sacred Circle attendees as well as the young people themselves. Plans are now afoot for a new Indigenous Anglican youth gathering, such as a short mission trip, to build on that momentum.

Indigenous Ministries Coordinator Ginny Doctor noted one young participant who told her how much he had grown spiritually over the course of the week by being together with others, telling stories and learning songs, and that he wanted to help facilitate the young adult circle.

“That’s major to me,” Doctor said. “That means we really transformed at least one person. We really touched someone’s heart.”

Donations through Gifts for Mission will help fund a prospective Sacred Circle youth gathering, while further supporting Sacred Circle itself by augmenting the budget, enabling more elders or youth to be present and allowing guests to come and speak on the issues confronting Indigenous communities.

This site uses Akismet to reduce spam. Learn how your comment data is processed.