A world observance since 1894, the Week of Prayer for Christian Unity is an important expression of ecumenical activity at the local level. It strengthens the cause of ecumenism by gathering ordinary Christians of different churches for common action. 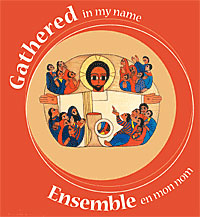 The Week of Prayer for Christian Unity is marked worldwide with prayer services, Bible studies and other activities, which bring the Christian community together.

The week is celebrated each January, usually between the 18th and 25th. Rev. Paul Watson, founder of the Franciscan Society of the Atonement at Graymoor in Garrison, NY, proposed these dates in 1908, to cover the days between the feasts of St. Peter and of St. Paul.

Each year, a scripture verse is selected to set the theme for the Week of Prayer for Christian Unity. For 2006, the theme is “Gathered in My Name” (Matthew 18:15-22).

The 2006 theme focuses on reconciliation in Ireland, drawing from deep experiences of religious conflict in their communities. The ecumenical group in Ireland (responsible for preparing the first draft of this year’s week of prayer materials) was conscious that the Christian churches have been caught up and ensnared in the conflicts and tensions, which have shaped Irish life in past centuries.

The theme and biblical text are chosen by an international joint committee of the World Council of Churches and the Pontifical Commission for the Promotion of Christian Unity of the Vatican. However, national and regional councils of churches work to adapt and add to resources appropriate to their local context.

Canadian resources are produced by an ecumenical committee coordinated by the Canadian Council of Churches (CCC) through its Commission of Faith and Witness made up of representatives from the following churches: Baptist Convention of Ontario and Quebec, Anglican Church of Canada, Canadian Conference of Catholic Bishops, Evangelical Lutheran Church in Canada, Presbyterian Church in Canada, and the United Church of Canada.

The committee makes adaptations to the worship service so as to relate it to a Canadian context. Once the text is prepared, it is given to the publisher, Novalis, who helps with final translations, artwork, and layout and printing of the materials.

The Canadian Week of Prayer Resource is available in French and English. The worship and bible study resources have been designed for an ecumenical setting; however, individual congregations can incorporate the service into their weekly worship.