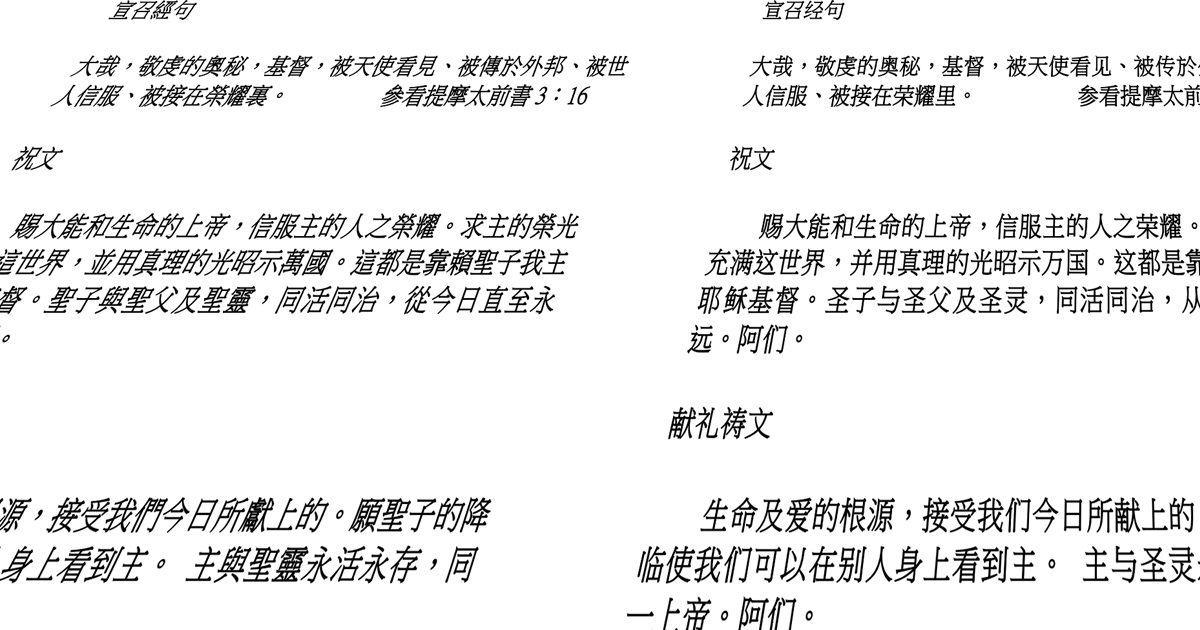 The following liturgical texts were translated into Chinese by Bishop Patrick Yu for use in the Anglican Church of Canada. Bishop Yu’s translations build upon the work of pioneering clerics who produced their own translations following the 1985 publication of the Book of Alternative Services (BAS). Reviewing the work of his predecessors, Bishop Yu made some changes to more closely follow the intent of the producers of the BAS. He has also consulted Chinese liturgical texts including the Chinese version of the American Prayer Book (2001) and the new liturgy from the Province of Hong Kong, the HKSKH (2016). Where the two newer versions agree in substance, he has used their language for the sake of consistency. Suggestions to help improve the flow of the prayers are welcome. New liturgical translations will appear as they become available.