The Battle of Britain Sunday is observed on the 15 of Sept. or the first Sunday following.

‘Never in the field of human conflict has so much been owed by so many to so few.’  – Sir Winston Churchill 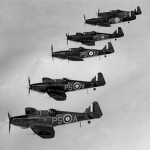 Let us thank God for the victory granted to us in the Battle of Britain:

NOT unto us, but unto you, O Lord, do we give the praise and thanksgiving for your mercy and deliverance in time of need.  Grant as we commemorate the courage and sacrifice of the few, that we may ever seek your grace to follow their example in the paths of duty and service, and that we too may accept and perform that which you have entrusted to us with the same faithfulness and valour, through Jesus Christ our Lord.  Amen

Let us remember before God those who have died in the service of the Royal Air Force and her Allies especially those who gave their lives in the Battle of Britain.

O GOD of all Souls, we praise and magnify your Holy Name for all your servants who, having fought a good fight, have finished their course and journey here on this Earth. Regard their loyalty and devotion; forgive their frailties and sins; receive them into the arms of your mercy, into the blessed rest of everlasting peace; and, we ask that, encouraged by their example and strengthened by their fellowship, we with them may be acknowledged, we pray, as a sheep of your own fold, a lamb of your own flock, to be partakers of the inheritance of the saints in light, through the merits of your Son Jesus Christ our Lord. Amen 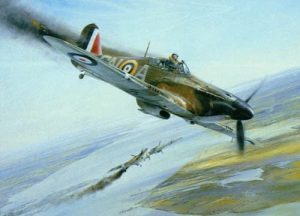 Sunday Chapel Observance – a sample Order of Service for chapel use

Further Resources and Links (these will open in a new window)

BBC – History – World Wars: The Battle of Britian – “The story of the Battle of Britain resounds through the years as one of the defining moments of recent British history.  Dr Chris Bellamy examines what happened, and explodes some enduring myths concerning this crucial conflict.”