What is it like to be a military chaplain?  What does the ministry entail?  Some ministry vignettes are featured to give you a look inside the ministry of an Anglican Canadian Armed Forces Chaplain. 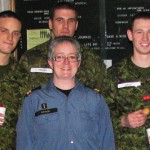 Ministry Among Recruits
by LCdr the Rev’d Jennifer Gosse

The Canadian Armed Forces trains all its new personnel at the Canadian Forces Leadership and Recruit School (CFLRS) in St-Jean, QC.  There  are few places where a chaplain is more appreciated than in that context and that makes CFLRS a phenomenal place to do ministry.  [More..] 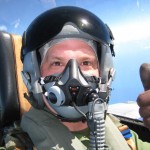 From Afghanistan, to Mach 1.2, to “Desk-jockey”: Exceeding Anything I Could Have Asked or Imagined
By Maj the Rev’d Steele Lazertte

After 5 years of civilian ministry and still at the tender age of 29, I found myself looking for an adventure. I still remember the phone call I made to the Chaplain General’s office on a Saturday afternoon in November of 2003.  [More..] 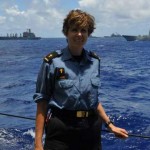 “The Padre needs a jump!” shouted the young sailor. And so, the next morning, I was on a bus in Pearl Harbour heading to the north coast of Oahu with a group from HMCS OTTAWA for a glorious day of sky diving.  [More..] 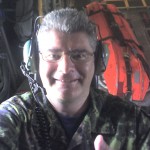 “Room!” barked the Squadron Chief Warrant Officer as he entered the theatre hall with the Commanding Officer, drawing the squadron to attention for the morning brief which would formally begin the day. This used to be called morning prayers and is a briefing about the daily weather, maintenance and flying schedule, and upcoming missions. Other announcements might include a word or two from the Padre.  [More..] 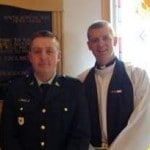 Ministry thus far in the Canadian Armed Forces has taken me halfway around the world to an airbase in support of the war in Afghanistan, south to the Caribbean in response to a humanitarian crisis and across Canada exercising with the Army.  No matter where I have gone in this work, it has been amazing to labour along side and support Canada’s heroes.  For 3 1/2 years, it was my honour to be the Regimental Chaplain of the Royal Canadian Dragoons (RCD), Canada’s oldest Armoured Regiment.   [More…]