The leadership gap in Athabasca has been filled by an excellent candidate, with first-rate skills and a deep understanding of the region. Athabasca is a deanery in north-central Alberta, going as far west as the British Columbia border, as far north as the Northwest Territory border, as far west as Saskatchewan, and almost to Edmonton in the south. The new dean, the Very Rev. Jason Haggstrom, was installed on September 17, 2017. He has a wide range of plans, including starting new ministries and continuing successful ones, and desiring for wider communities, especially in local Cree and Métis communities. 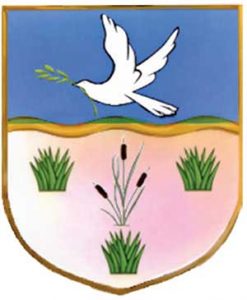 Haggstrom has a long history in remote Western Canada. He grew up in a small town between Smithers and Terrace, in the northern interior of British Columbia, earning his first theology degrees in the Okanogan. This experience gave him some context for his new deanery. However, he has experience outside of the region. For example, he moved around quite a bit after graduation, working 15 years with the Church Army, an evangelical and mission group founded in the late 1920s. Haggstrom’s work with the Church Army included social service and general outreach work, and involved travelling throughout southeastern Ontario. He looks forward to spending the next decade in Athabasca, until his retirement.

Though he is new to the parish of St. James’ Cathedral, he talks of the diocese being filled with tightly knit communities, with a small-town intimacy. Part of this knowing is especially common among the Cree and Métis people. In these parishes, the discussion around reconciliation centres on a yearning for authentic community.

Haggstrom enjoys the challenges of reconciliation and community building. The cathedral is a busy place, filled with child care, food banks, and related services. Haggstrom also runs a prison ministry, visiting members of his flock who are incarcerated. There is also an attempt to extend communities of clergy. He notes a new retreat for clergy, who come together to discuss the spiritual needs of the parishes they mentor. This occurred for the first time in autumn 2017, but the hope is that it will be at least an annual event.

This does not mean that the community is not without its hardships. This year could be considered economically difficult. The region where Haggstrom is dean is more about agriculture than resource extraction, though he notes the economy rests on each. This year was hard on both the farmers and the oil riggers. Canola is the major cash crop for this region, and many of his parishioners depend on it to make a living. There was a canola blight, which affected most of the crops. This combined with a worldwide depression in oil prices, so that according to Haggstrom, “People cannot live as high as they did when oil was 138 a barrel.”

Even with the economic downturns, Haggstrom has a distinct hope that the community will thrive, with an ecumenical and pastoral focus that will help expand the influence of the church throughout the region.